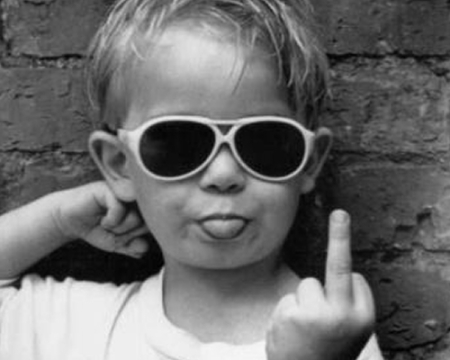 Counterargument on the essay
“Art and Cognitive Evolution” by Merlin Donald

In this essay, Mr. Donald insists on rationalization of creativity, comparing art making with “cognitive engineering”. I am pleased to say I completely disagree with his world-view and I provide below his seven statements followed by my counterarguments.

1- Art is aimed at influencing the minds of an audience, and may therefore be called a form of cognitive engineering.

We know very well how science uses technology to influence our minds. Art cannot ever be an act of reason and that’s why it is a priori impossible to evaluate artistic endeavours using engineering methods. Beside, every attempt to rationalize creativity sounds pathetic. Art involves processing of ideas which require much more than intellectual work. Ultimately, artistic ideas are not aimed to influence, but to enrich the audience.

2- It (art) always occurs in the context of distributed cognition.

Everyone who makes art knows that art occurs in solitude. Both creative and artistic “distribution” are intimate acts. Art is the ultimate notion of individuality and in most cases, serves as a weapon to fight corruption of “distributed cognitions”.

3 -It (art) is constructivist in nature, aimed at the deliberate refinement and elaboration of world-views.

True art cannot be constructivist by nature, because genuine creative acts doesn’t pretend to fabricate truth. Art is a spiritual activity, which cannot be ‘constructed” or “deconstructed” by its nature. Being deeply immaterial, art doesn’t deal with the “worldview”, but on the contrary it works within the parameters of an individual. Great art always aims to destroy established values by declaring war to “refined and elaborated world-views”.

4 -Most art is metacognitive in its role – that is, it engages in self-reflection, both individually and socially.

The so-called “evolved” society has (long ago) lost its relationship with the metacognition. Modern society has managed to disengage man at both individual and collective level from its communal role and has produced an isolated and neurotic creature that cannot engage in any kind of self-reflective pursuit. Modern man is distant and disconnected from both culture and nature, and for him “metacognition” is just an empty word, same as “art”.

5- The forms and media of art are technology driven.

Anthropocentric dogma caused a shift from ontological to technological, transforming the Universe into an empty and disengaged mechanical model. This conviction involves many other beliefs, which over the years have managed to construct an utterly technological apparatus, driven by economy and politics. Technology cannot drive art-making, because it is a tool (medium) and not concept. True creativity employs ideas and uses anything to turn them into art. Those who worship technology have a mechanical mind which understands only mechanical means.

6- The role of the artist and the local social definition of art are not necessarily fixed and are products of the current social-cognitive network.

In society that is driven by the technocratic principles art is considered a mirror of current affairs. This is another proof of mechanistic arrogance. Technocrats cannot understand anything outside “here & now” and that’s why they claim the present. On the contrary, artist is never in the present, as every creative act is a transgression of reality. Therefore, artist’s role is fixed against the current, which they perceive as the greatest obstacle to progress.

7- Nevertheless, art, unlike most conventional engineering, is always aimed at a cognitive outcome.

Ironically, cognition became the science’s latest obsession. Just to mention Google’s DeepMind and similar corporate attempts to patent the human brain. Regardless the efforts, mind remains the most distant and unknown component in understanding the cognitive processes. Of course, artists are much closer to cognition than engineers, but historically art has never been employed to convey any sort of “cognitive outcomes”. Instead, art deconstructs cognition by aiming to communicate inexplicable. Unlike science, art escapes all definitions and categorizations, leaving the technocrats’ mind empty and unfulfilled.